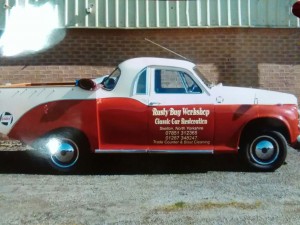 The Rover 75 P4 was designed by Gordon Bashford and produced by Rover between 1949 and 1964. They were built as a mid-size luxury saloon car and was iconic of the British style and culture at the time – often known as the `Auntie` Rovers.

Our lovely little Rover was made in black in 1955 and we saved it from becoming a banger racer and then on to scrap, when its owner offered it to us to take it away for him. From its previous home in Birmingham, the car didn`t have an MOT and the owner thought we would just go and pick it up, then drive it away. 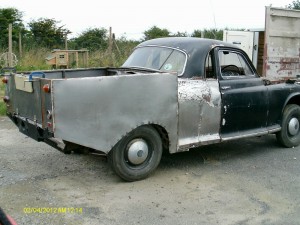 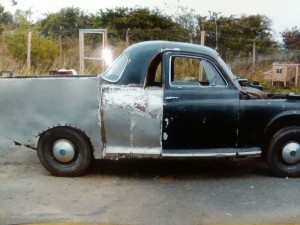 With a very rusty patch at the back of the truck, it was to become a labour of love in the Rustybug workshop. Steve had the idea of turning our little Rover into a pick-up truck and it`s second incarnation as a rescue vehicle was born. We had to keep the car as original as possible, so it now has a Rover V8 fit with an automatic gearbox. 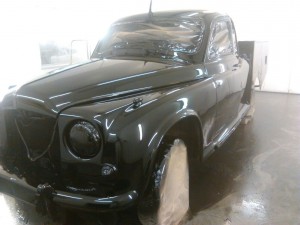 After a complete restoration and paint, we have been using our Rover 75 P4 as a rescue vehicle complete with a winch, bar and a wooden lined boot.

If you have a vintage vehicle which needs a new lease of life, or would like to know more about our beloved Rover 75 P4, get in touch with us here at Rustybug today!