Of course, we, here at Rustybug Classic Cars appreciate the finer details of vintage vehicles, but the government have now announced that they are changing the rules with regards to the need for the MOT test for classic cars over 40 years old. 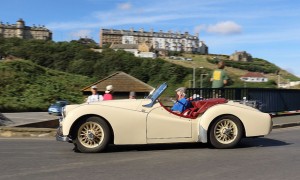 As of May 2018, the government will change the law to mean that vehicles over 40 years old (built in 1978 – when the law comes into effect) will not need to pass an MOT test for it to be allowed to drive on the road. They have stated that vehicles over 40 years old are usually kept in excellent condition by their owners, as well as not being used as frequently as other cars, meaning that they don`t warrant the £54.85 test.

The law changes mean that classic cars which have been restored back to their former glory can be exempt from the examination – often because the technology that is used by garages to carry out the MOT test isn`t suitable for use with classic cars.

Vehicles over 40 years old include the original Classic Mini, Jaguar E Type and 1960`s MG Midget will be exempt. This will total around 297,000 registered cars in the UK – an increase from the 197,000 which were exempt under existing laws – those cars which were registered before 1960. This will make up for about 1.5% of the UK`s cars.

“After considering the responses, we have decided to exempt most vehicles over 40 years old from the requirement for annual roadworthiness testing,” stated the British Roads Minister, Jesse Norman. 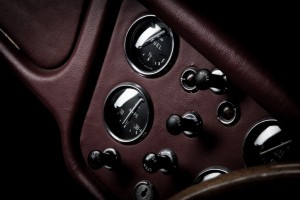 “This means lighter vehicles (such as cars and motorcycles) and those larger vehicles such as buses which are not used commercially. Heavy Goods Vehicles and Public Service Vehicles falling under operator licensing regulations will remain within the scope of roadworthiness testing.”

This is welcome news among most classic car fans, a nod to the integrity and honesty of vintage vehicle owners as well as a common-sense practice – and maybe just a small affirmation that the golden age of British automotive industry is one to be really proud of…

Here at Rustybug we can handle all of your classic vehicle needs from a little tinkering of your engine, to blast cleaning and re-painting, chassis straightening, to a full nuts and bolts restoration.

For more information about how we can help you, why not get in touch with one of us today?

Amazing opportunity to work with us!
14th March 2018
When You Need a Classic Car Valuation
16th November 2017